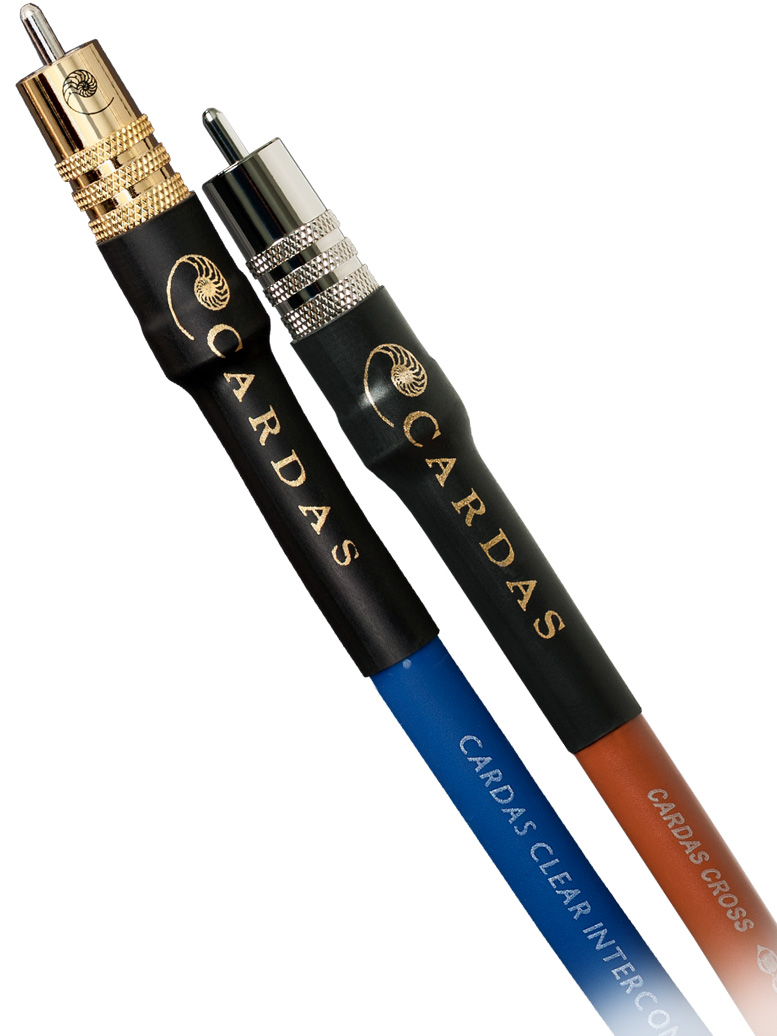 An elegant solution deals with quality, not quantity. Cable geometry problems are resolved in the cable’s design, not after the fact with filters. George introduced the concept of Golden Section Constant “Q” Stranding to high-end audio, but Golden Ratio, 1.6180339887… : 1 is as old as nature itself. Golden Ratio is the mathematical proportion of life itself, the heart of musical scales and chords. “Discovered” by the Greeks, but used by the Egyptians in the Great Pyramid centuries before, man has employed Golden Ratio to create his most beautiful and naturally pleasing works of art and architecture.

The signal used by your system, be it digital or analog, through tube or solid state, is always alternating current. The cyclic effect of alternating current vibrates the wire in your system like the strumming of a guitar string. The beating of the capacitive, inductive and mechanical elements in audio cable is set in motion by the transient energy of the audio signal, just as the guitar string is set into motion by the strike of a pick. This form of vibration or resonance distorts the audio signal and produces many sound anomalies, from colored bass to glare. Every interconnect, every speaker cable, every chassis and speaker wire has its own resonant signature. Like the mass, tension and hardness of the guitar string, the mass, tension and hardness of the conductor, coupled with its inductance and resistance, and the capacitance of the cable, determine what sound is made. Each strand in a cable has its own note or beat. Conductor strands interact with other same sized, near unison, and multiplistic sized strands creating beats the same way a cube listening room would, or one with multiplistic dimensions like 8’ x 16’ x 32.

Stereo systems depend on the purity of the audio signal. When the cable linking all components together imparts its own sound, the audio signal is corrupted. Cardas created a conductor that absorbs or cancels the noise released by the current fluxuation, by progressively layering strands that share no common resonant multiple. This conductor uses the same mathematical proportioning seen in the worlds greatest concert halls for essentially the same reasons. The infinite indivisibility of the Fibonacci Sequence or Golden Section is a key to controlling resonance. The ratio of ø (Phi), or 1 to 1.6180339887… to (infinity), is the Golden Mean, called Golden Ratio or Golden Proportion.

In Golden Section Stranding, individual strands are arranged so each strand is coupled to another, whose note or beat is irrational with its own, thus nulling interstrand resonance. This is the famous “Silent Conductor”. It is the silence of Cardas conductors that allows them to be so uniquely musical and pure.

At the heart of cable oscillation is delayed or stored energy. This energy results from the lowered internal “Q”, or resonant point, of conventional conductors. Cardas cables employ a unique stranding method where strands diminish in size towards the interior of the conductor. This design is called Constant Q Stranding and it allows each strand of the cable to share the load equally. It is a very effective method of reducing the Non-linearity seen in conventional conductors, without compromising the symmetry of the conductor or the capacitance of the cable.

Ordinary Cables are di-pole antennas, both radiating and absorbing RFI/EMI, which sustains system resonance. George’s cable design incorporates Crossfield Construction in its manufacture, which reverses every other stranding layer to defuse the di-pole effect and match conductor propagation to that of surrounding dielectric materials.

Cable resonance is further reduced through the use of ultra pure copper, air dielectrics and state of the art connection techniques. Cardas’s ultra pure and homogeneous metals have proven to be the best conductors for audio signals. Cardas uses diamond dies exclusively, drawing the strands in a hydrogen reduction atmosphere. This process reduces the amount of impurities and eliminates the surface contamination that occurs when standard metal dies are used. As each strand is drawn, the resultant ultra pure surface is immediately given a urethane enamel “Litz” coating. This is a continuous process that results in a perfectly insulated strand and ultimate longevity of the conductors. Ordinary uncoated copper stranding corrodes in a relatively short time. Cardas meticulously maintains the purity of the conductor strands until they are sealed at termination.