If you have a bigger listening room — or if you just like to play it loud — the Contour 60, with its unique midrange driver, is your new best friend. 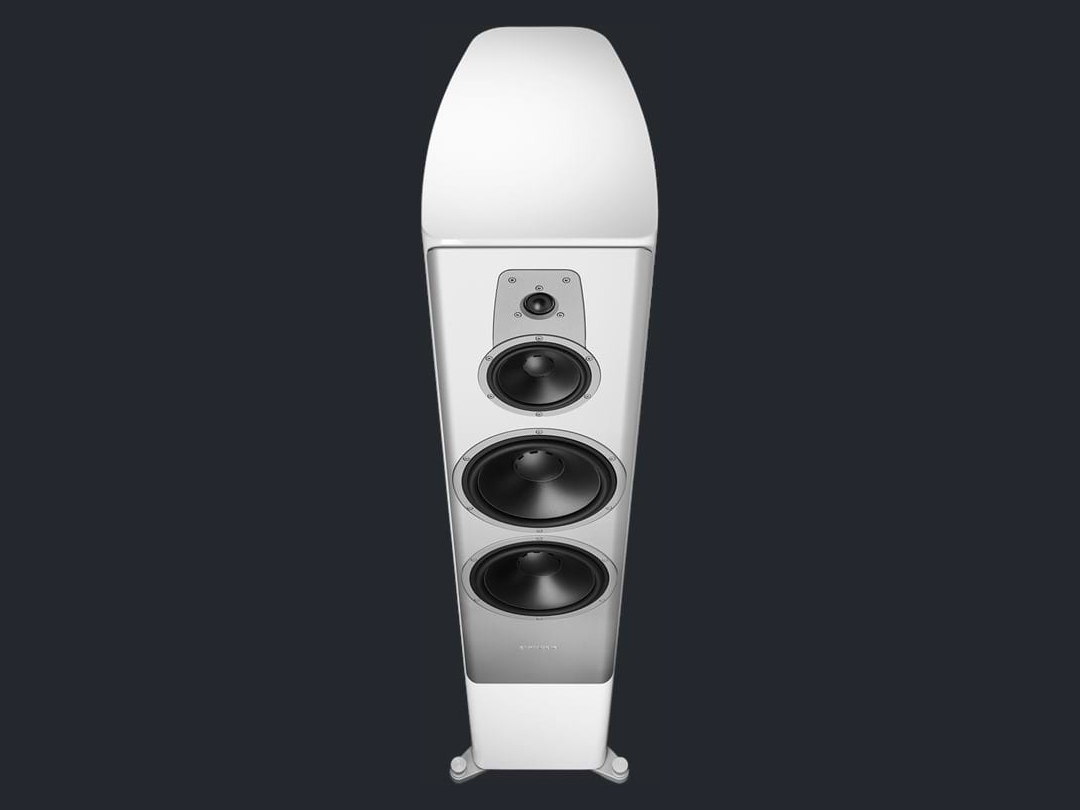 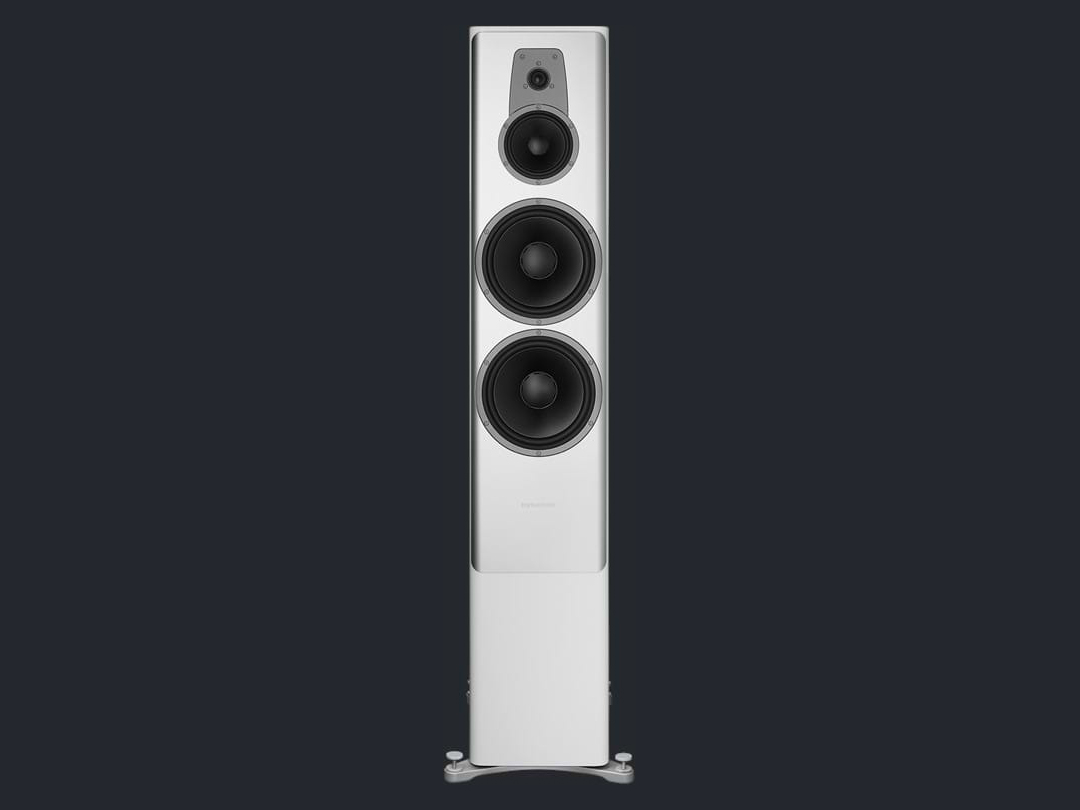 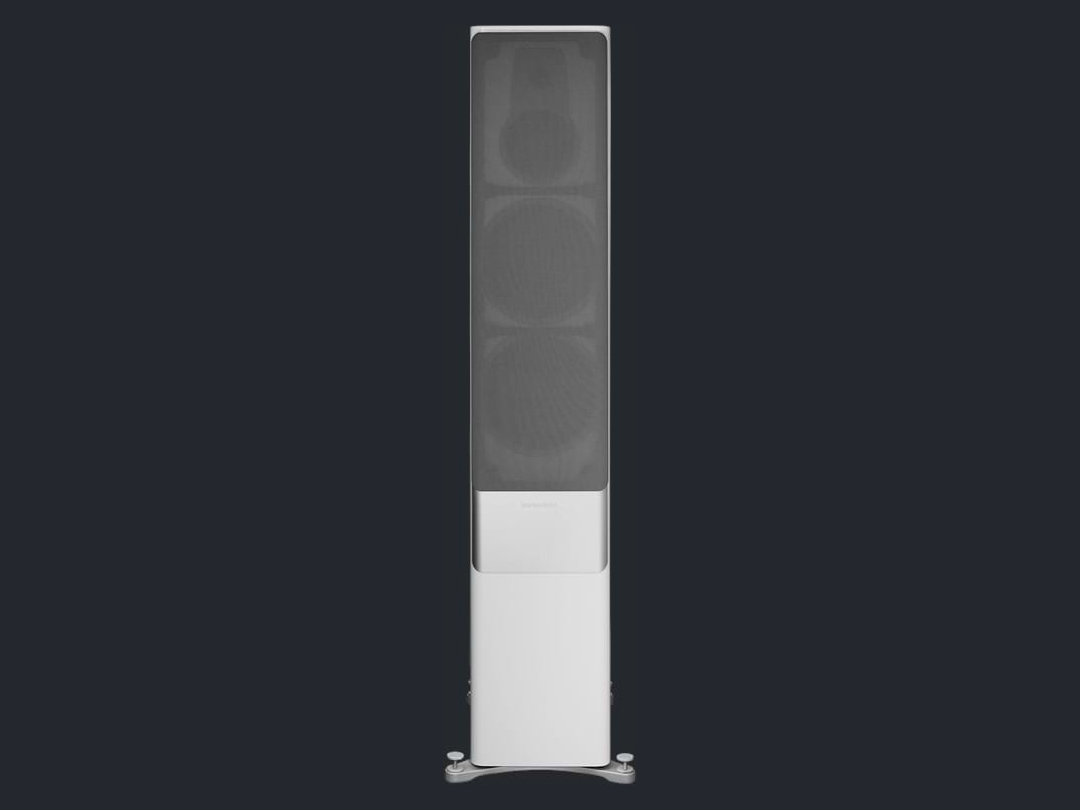 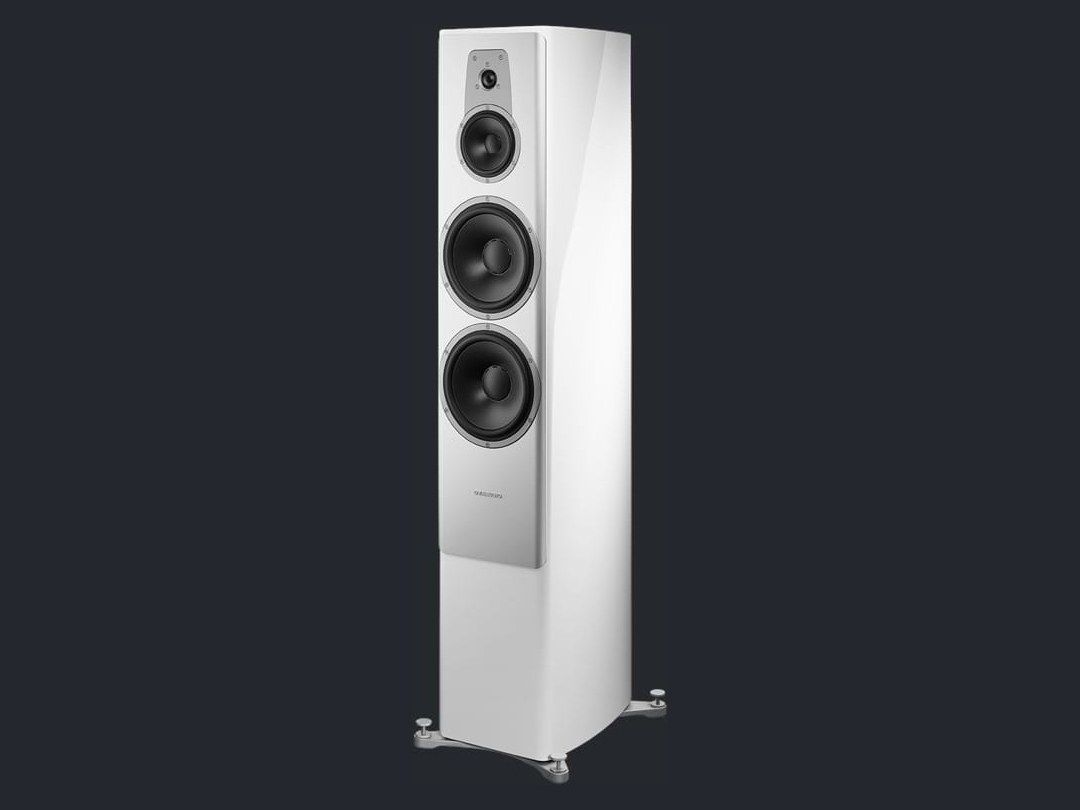 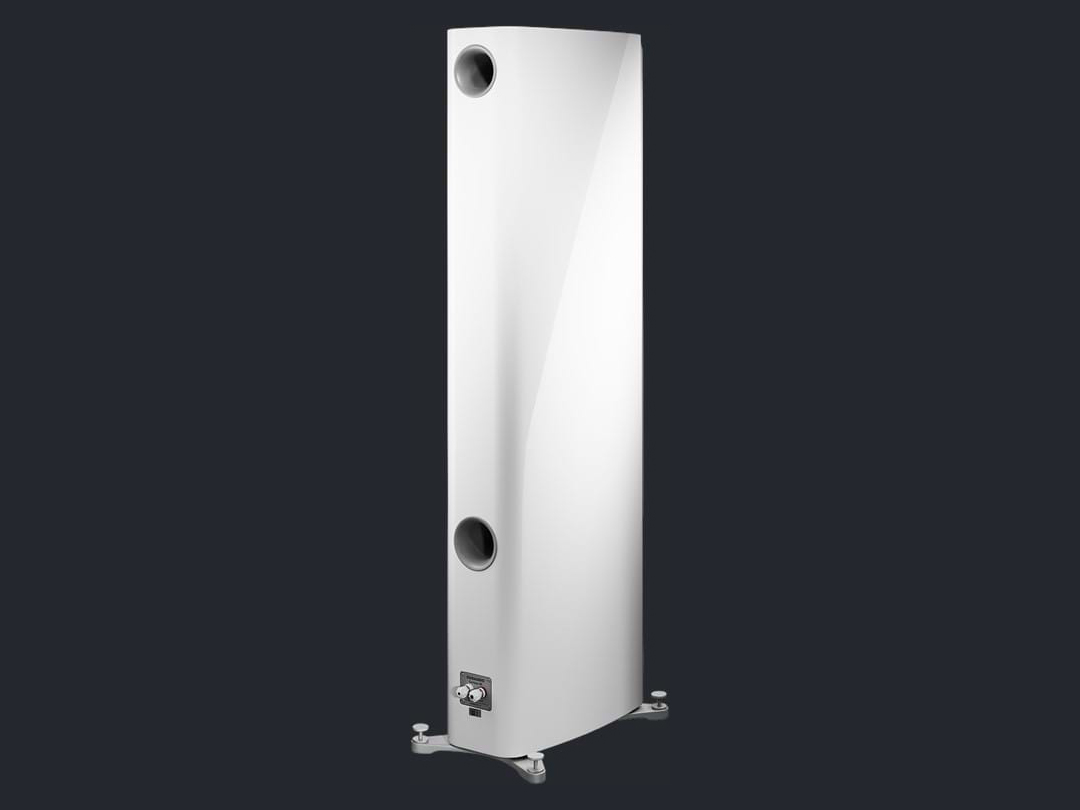 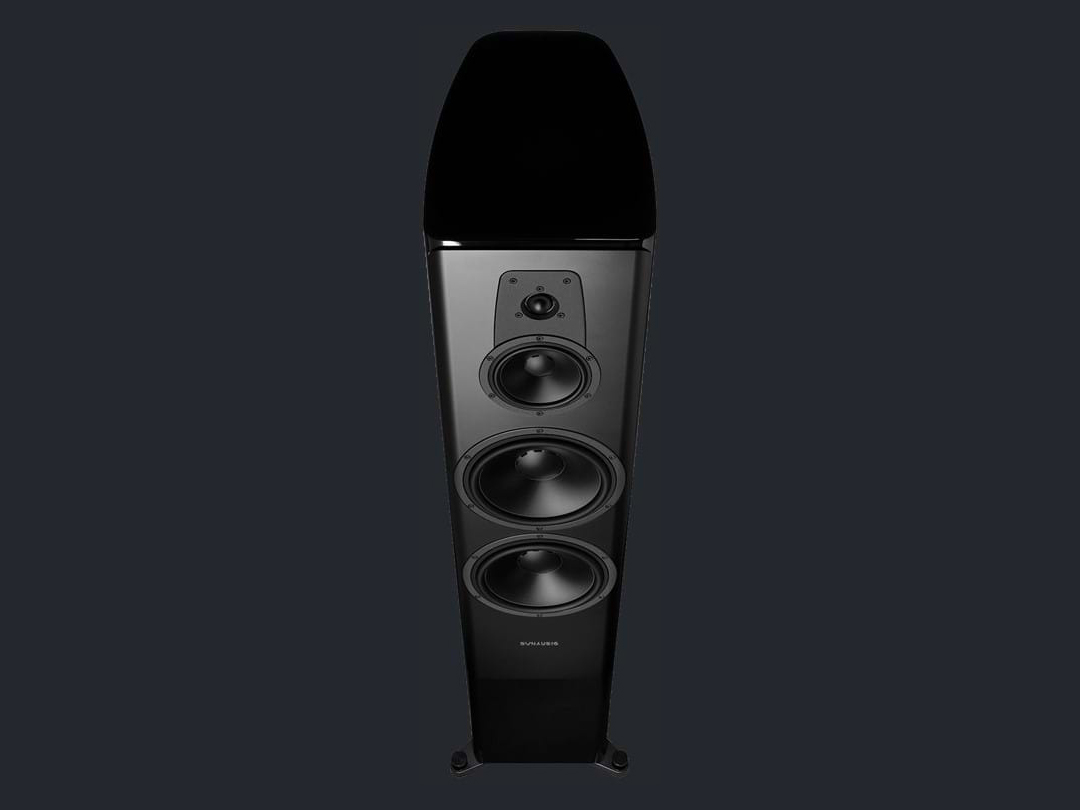 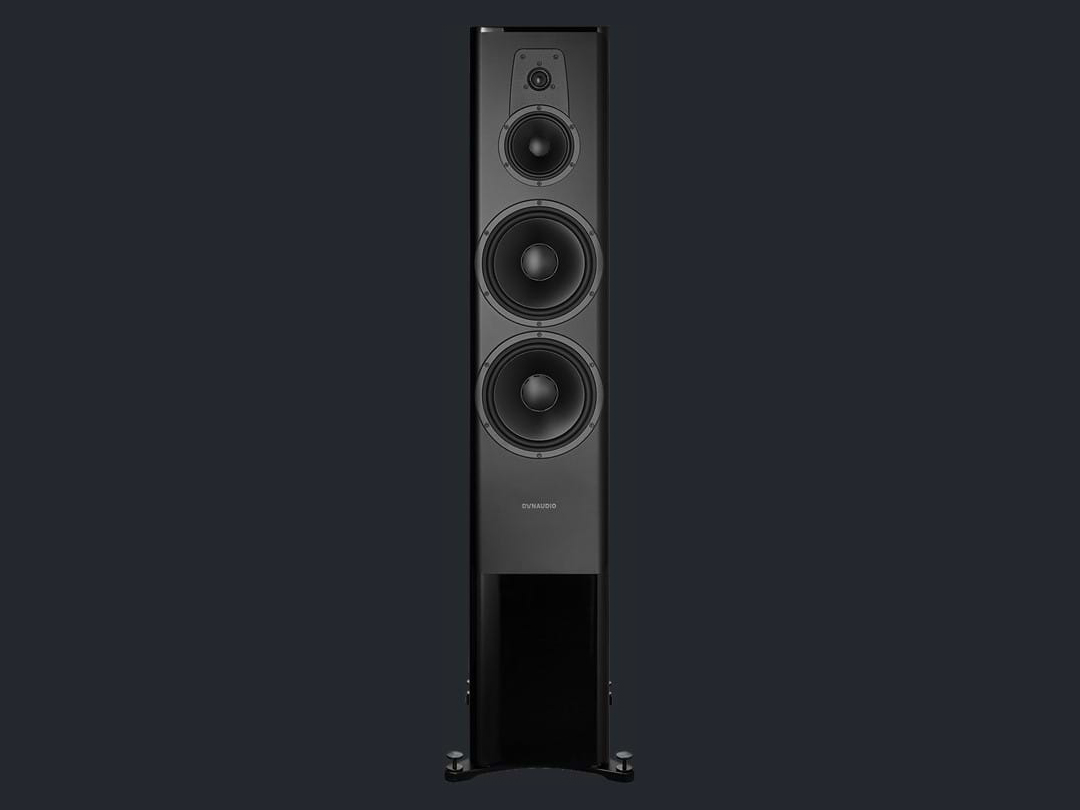 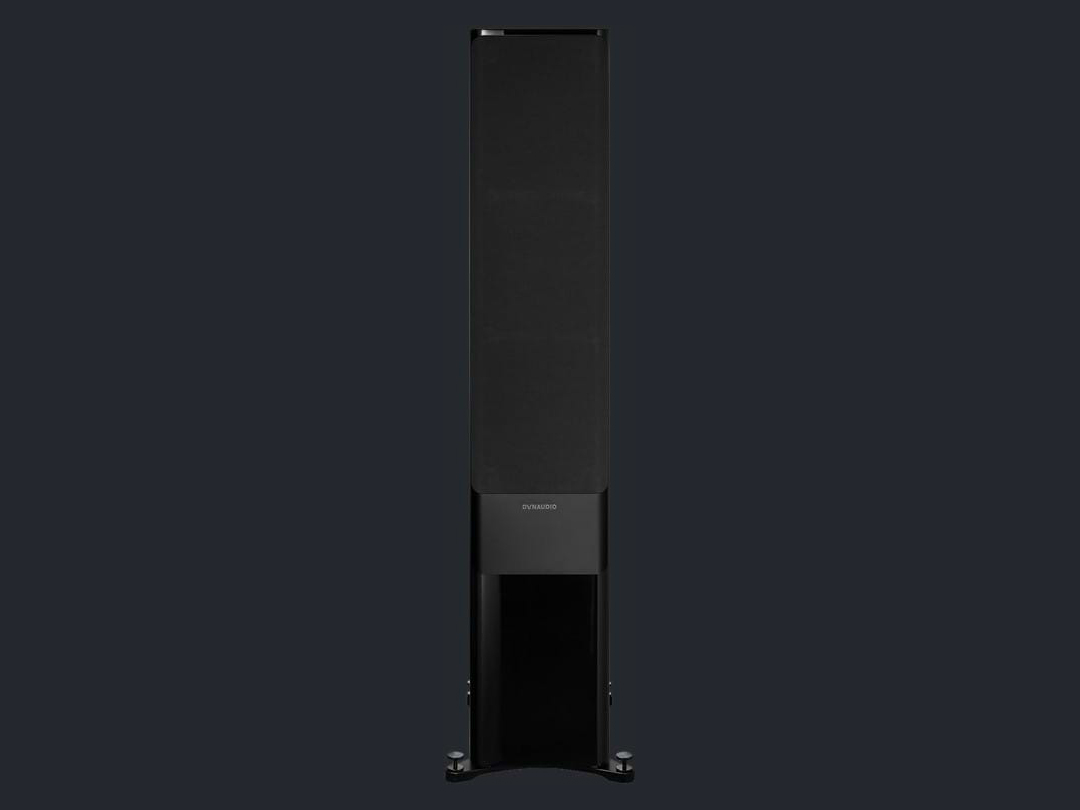 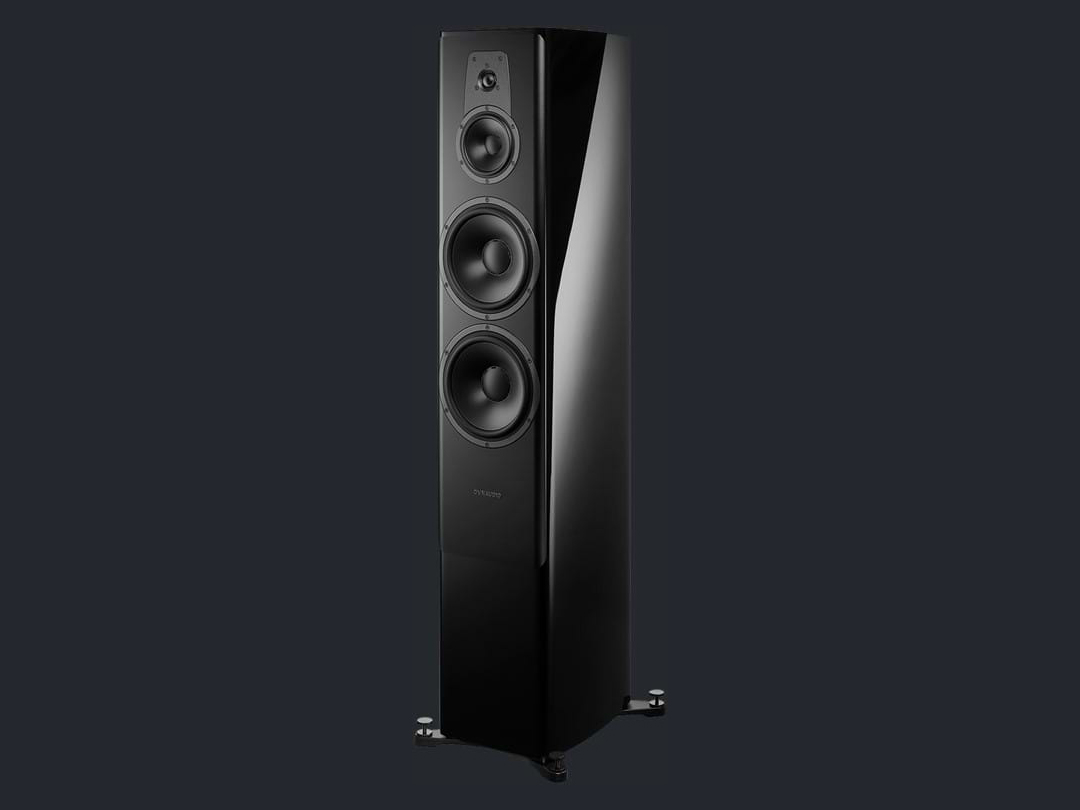 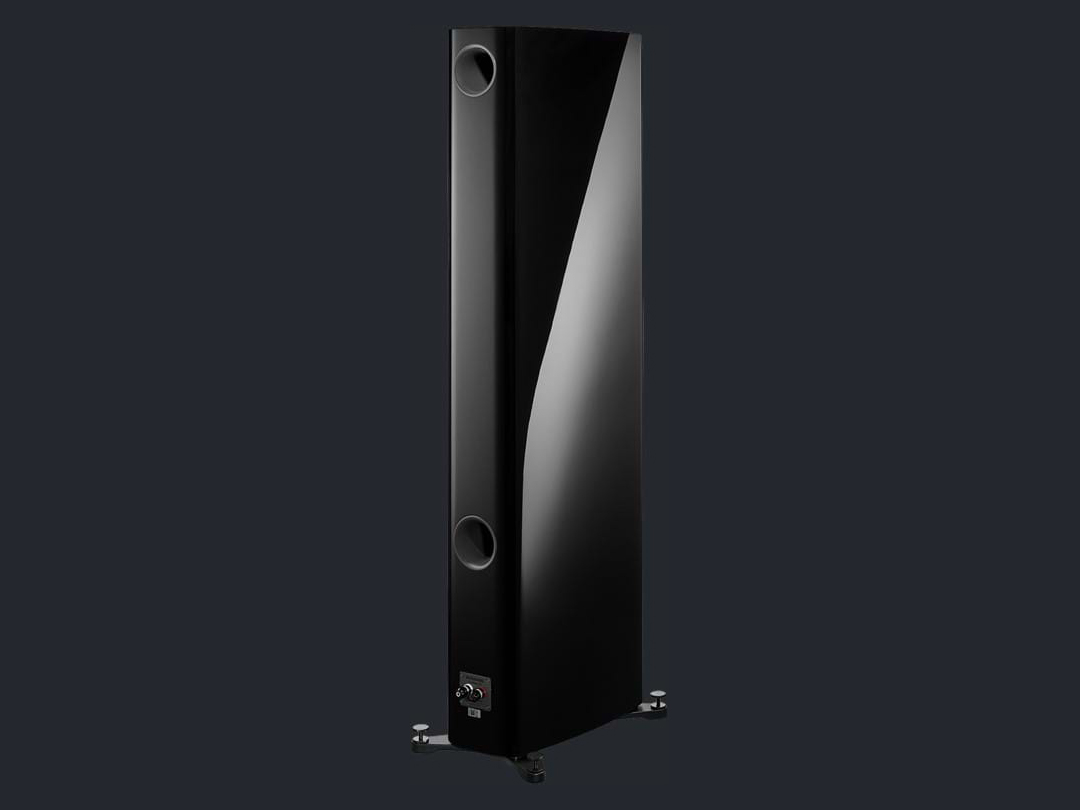 If our designers loved working on the Contour 20 and 30, the Contour 60 was an even bigger ticket for them.

It’s a three-way design. At the bottom sit two brand-new 24cm MSP woofers (bigger, redesigned brothers of the 18cm drivers we’ve used in the Contour 20 and 30). At the top, like the jewel in the crown of every other speaker in the new Contour range, is the magnificent Esotar2 soft-dome tweeter.

Between them is a completely new 15cm midrange driver. Like the rest of our drivers it uses an aluminium voice-coil. It also deploys a neodymium magnet system, and was designed using Finite Element Method optimisation techniques. We set Daniel, Danny, Andreas and their guys to work on it because we wanted the Contour 60 to retain that signature midrange sound in a large cabinet, without having to repurpose an existing driver for a job it wasn’t designed for. They did an amazing job.

All the drivers are powered by low-mass, high-durability aluminium voice-coils. And the tweeter’s voice-coil sits – as they do across the Contour range – in a special magnetic ferrofluid. It works like a shock absorber and dissipates heat to reduce stress on the moving parts – which improves power-handling, widens the frequency response and … and now we’re just boasting. What it means for you, in your favourite room, listening to your favourite music, is consistent Contour quality, at neighbour-bothering volumes (if you’re the type), all day.

The Contour 60 shares the same redesigned crossover and components as the rest of the range – and, of course, has Allan Kristiansen’s seal of factory approval on the construction and finish (his team will spot even the tiniest defect and spend three weeks refinishing not just one, but both speakers so they’re identical as a pair. They’re really hard to buy office furniture for).

The new multi-layer curved cabinet and sleek-but-solid aluminium baffle provide your music (which was likely mixed using Dynaudio studio speakers, too) with a robust, defined acoustic foundation. So much so that, if we’ve done our jobs right, you’ll forget they’re even there and just … listen. 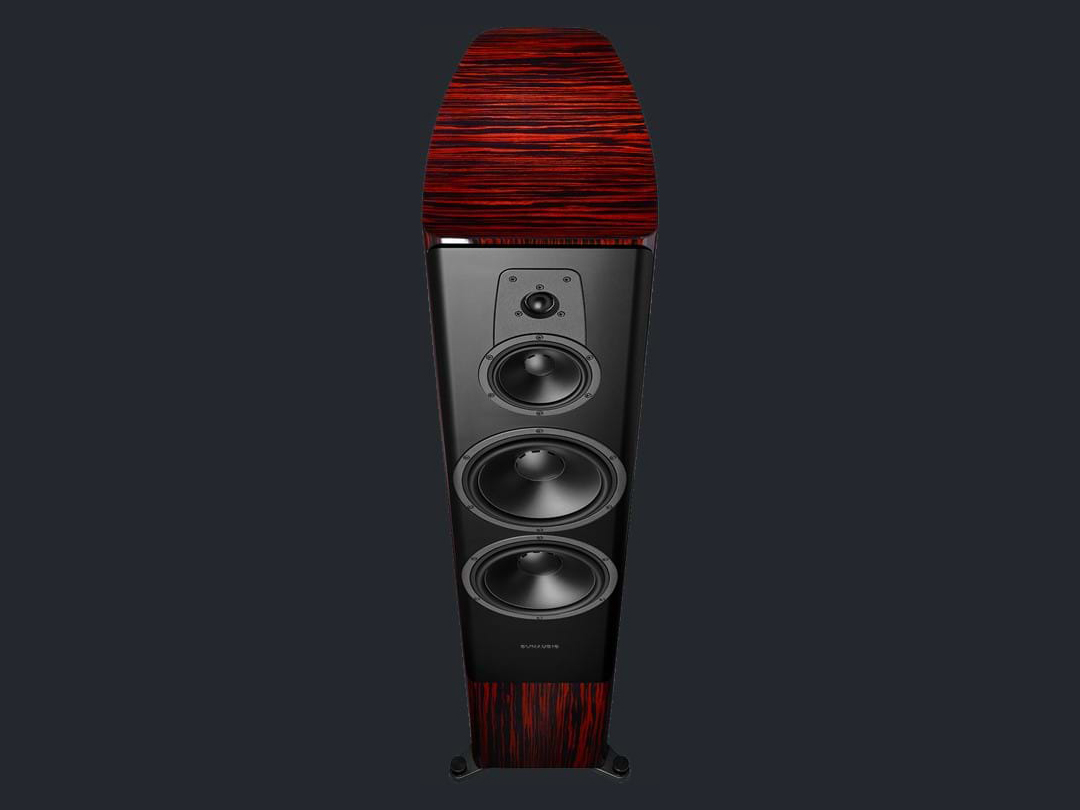 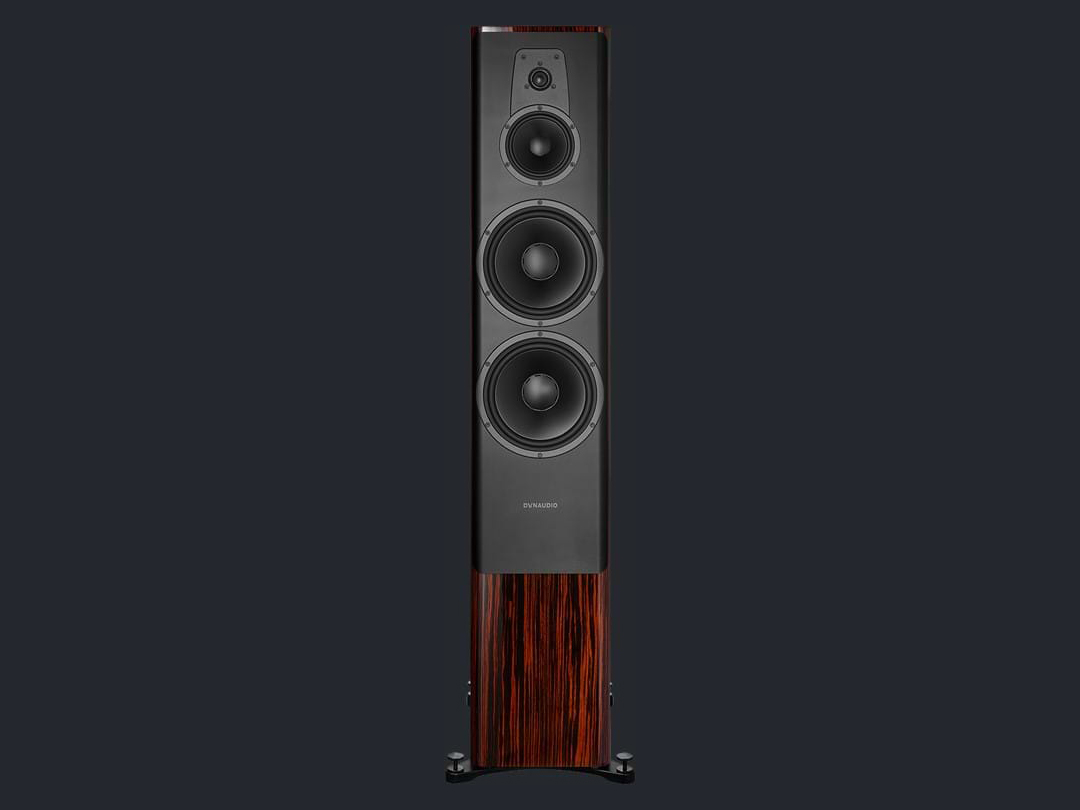 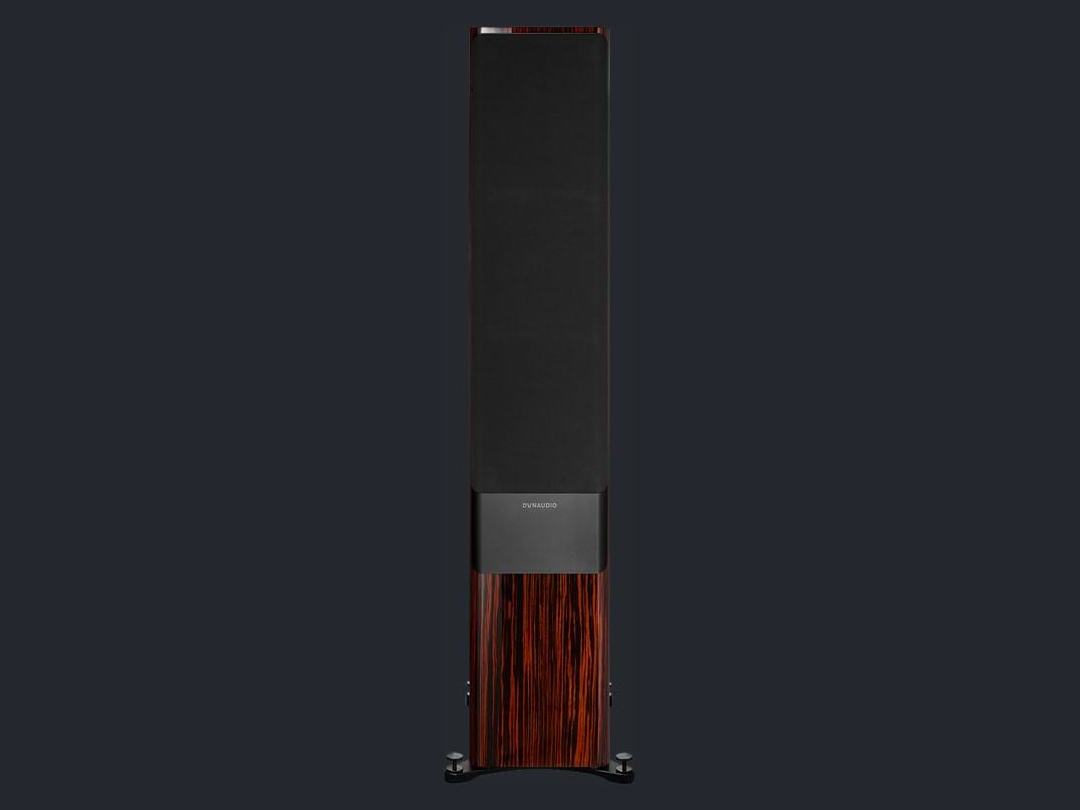 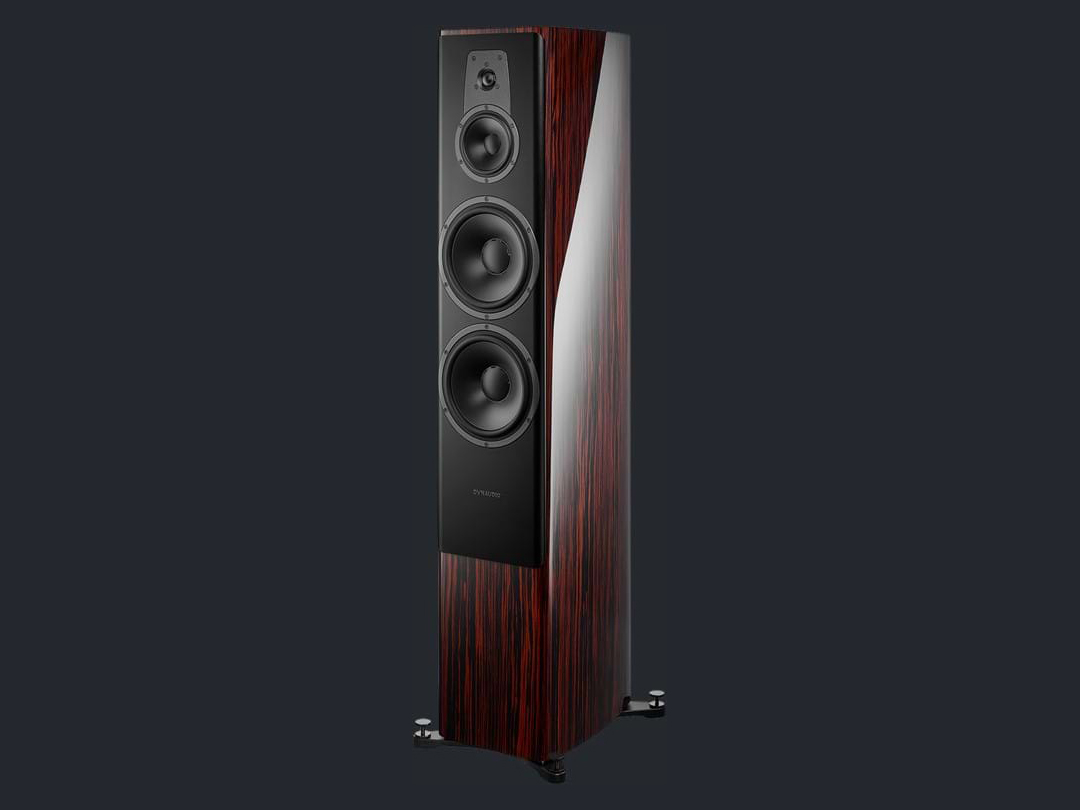 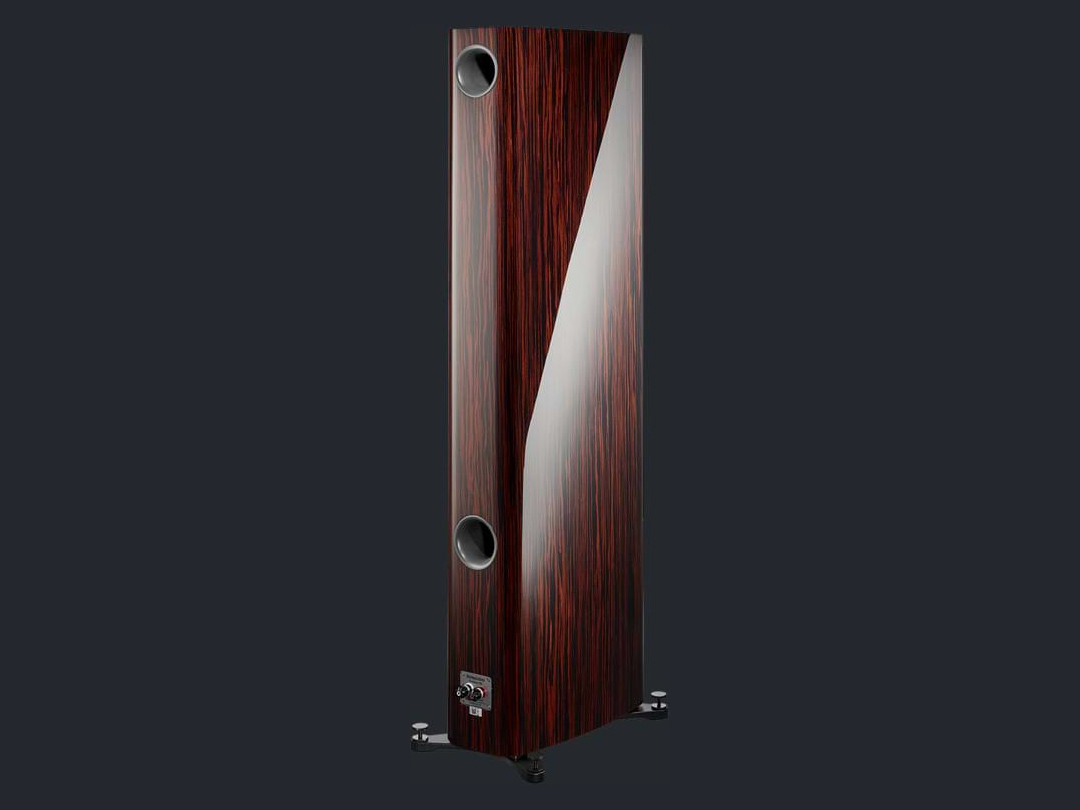 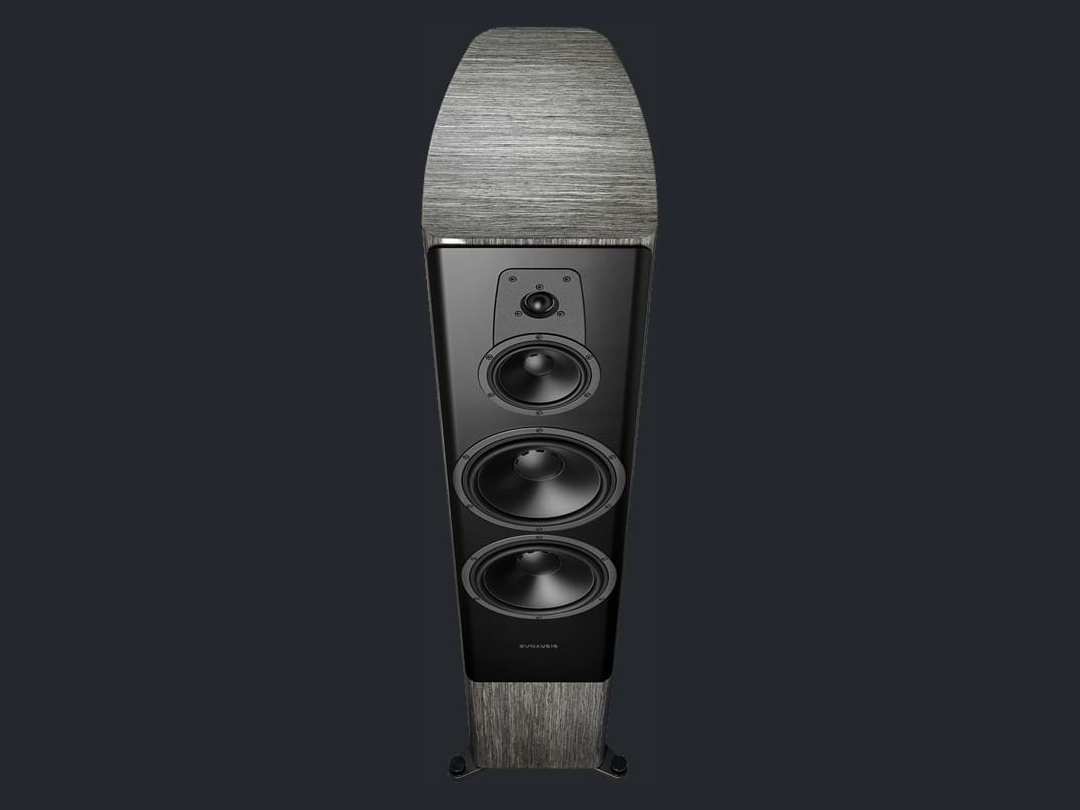 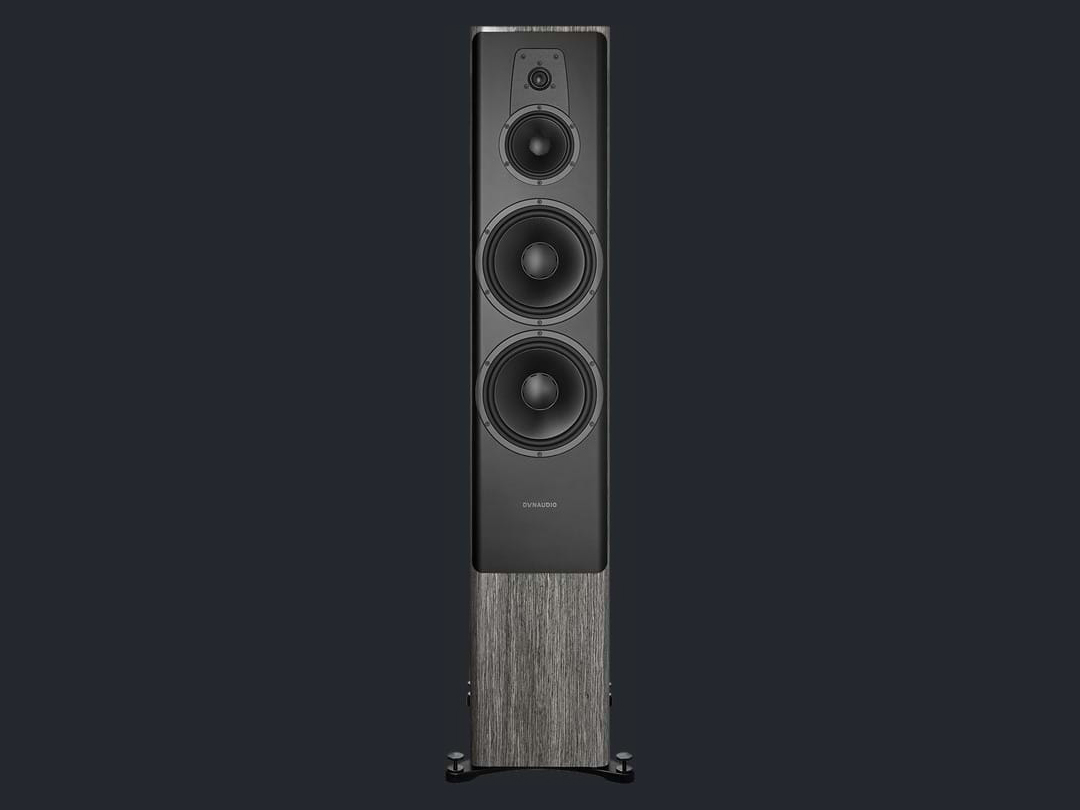 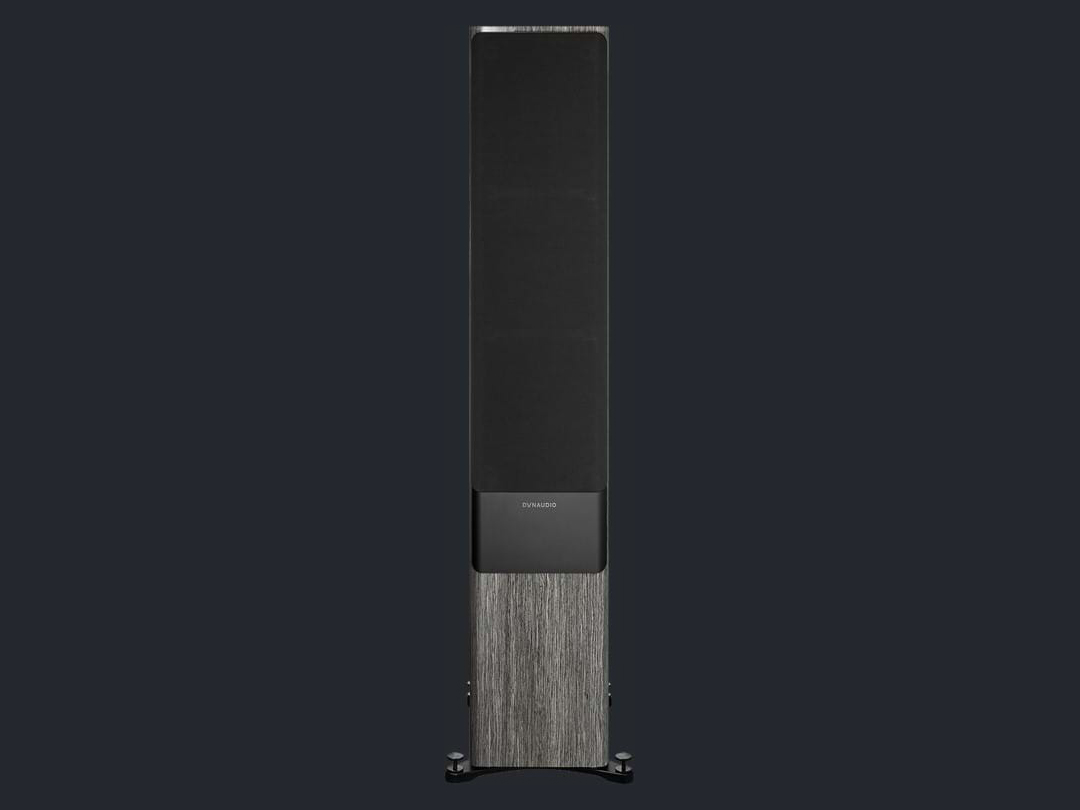 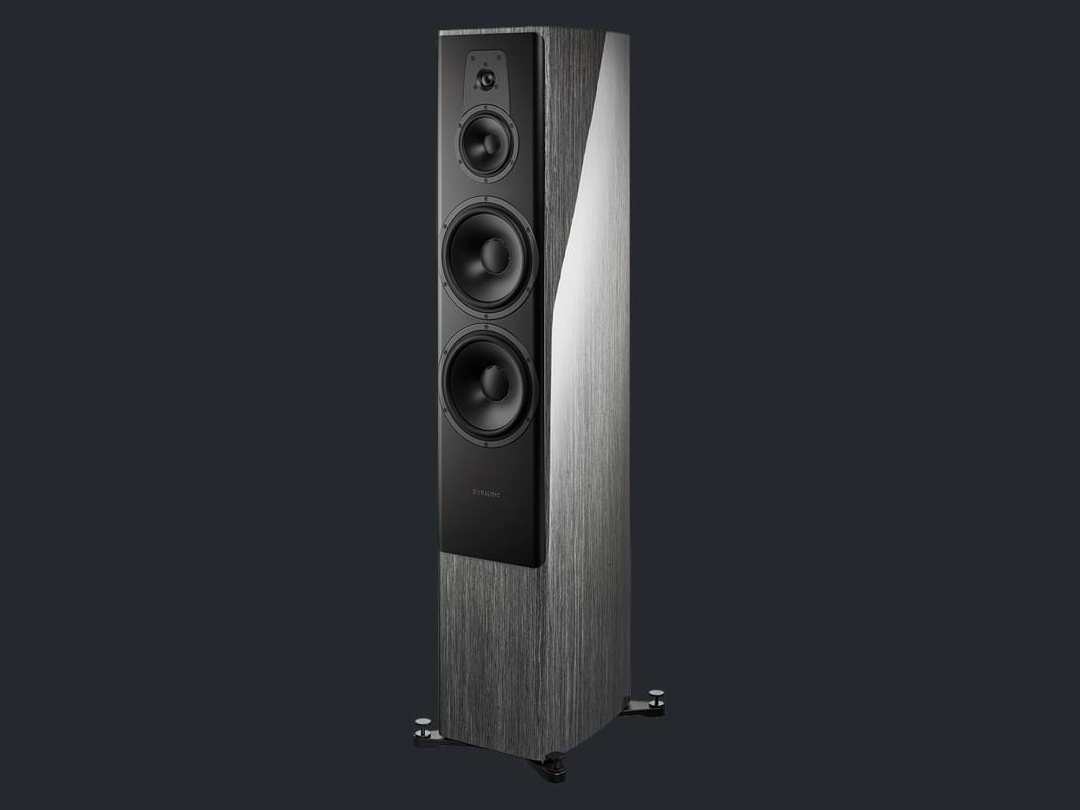 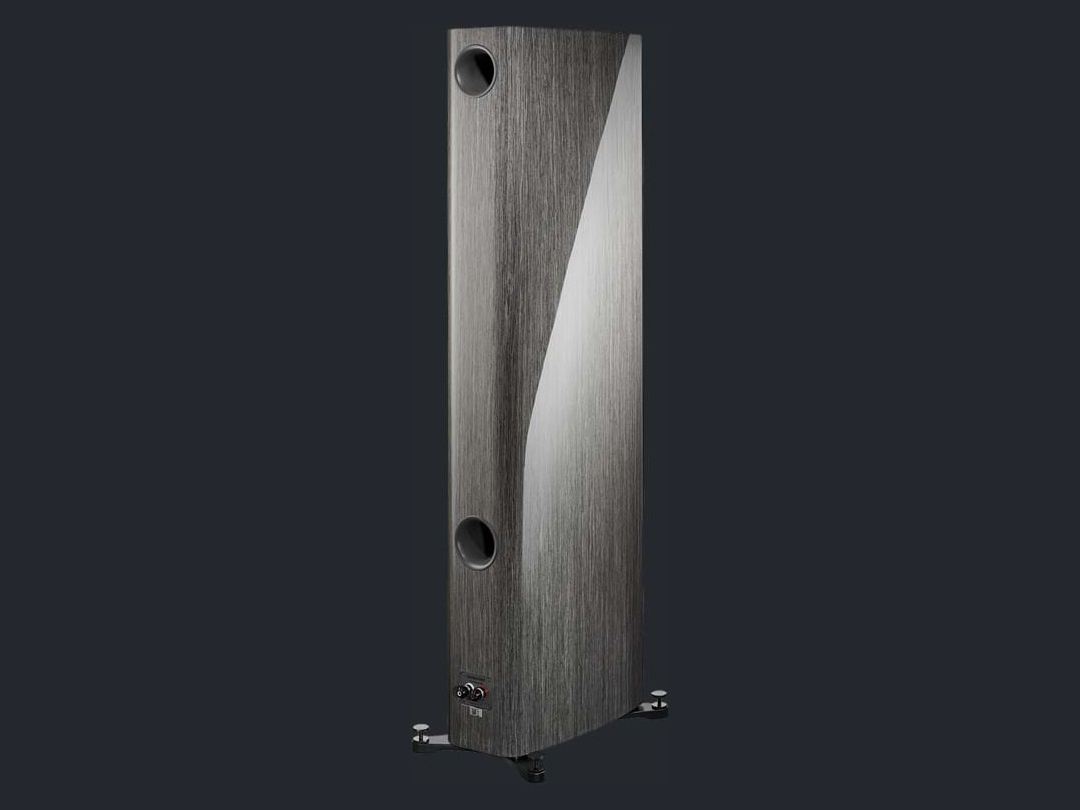 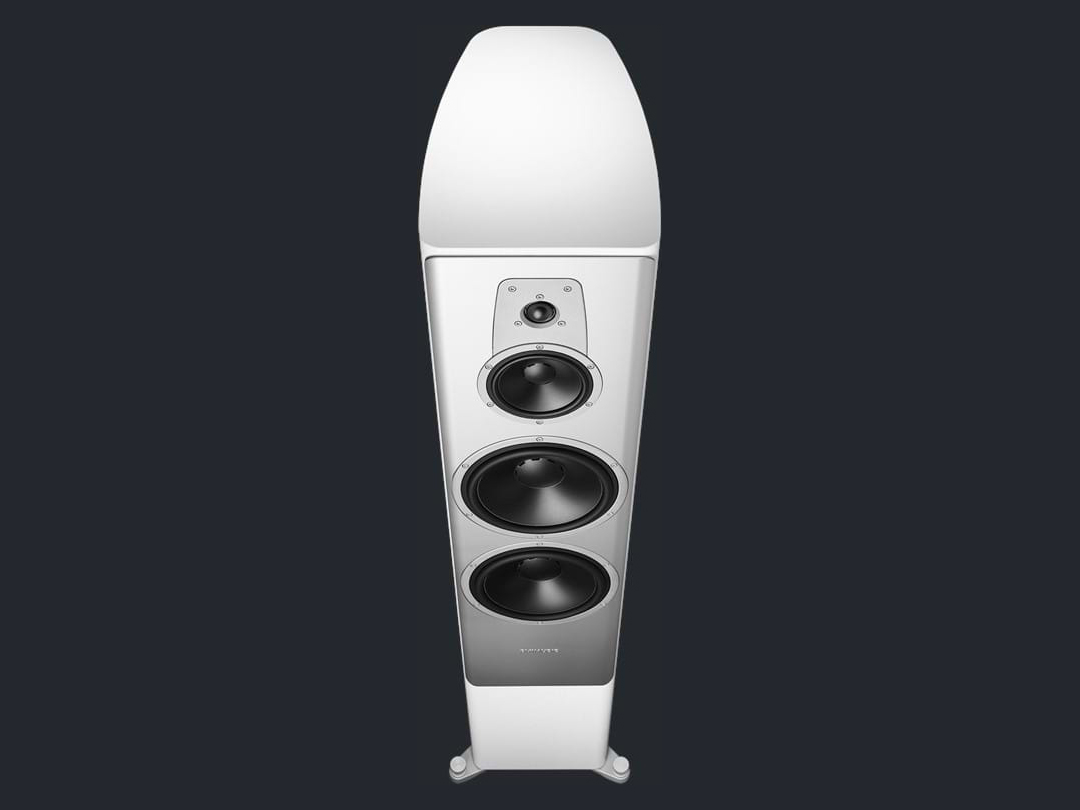 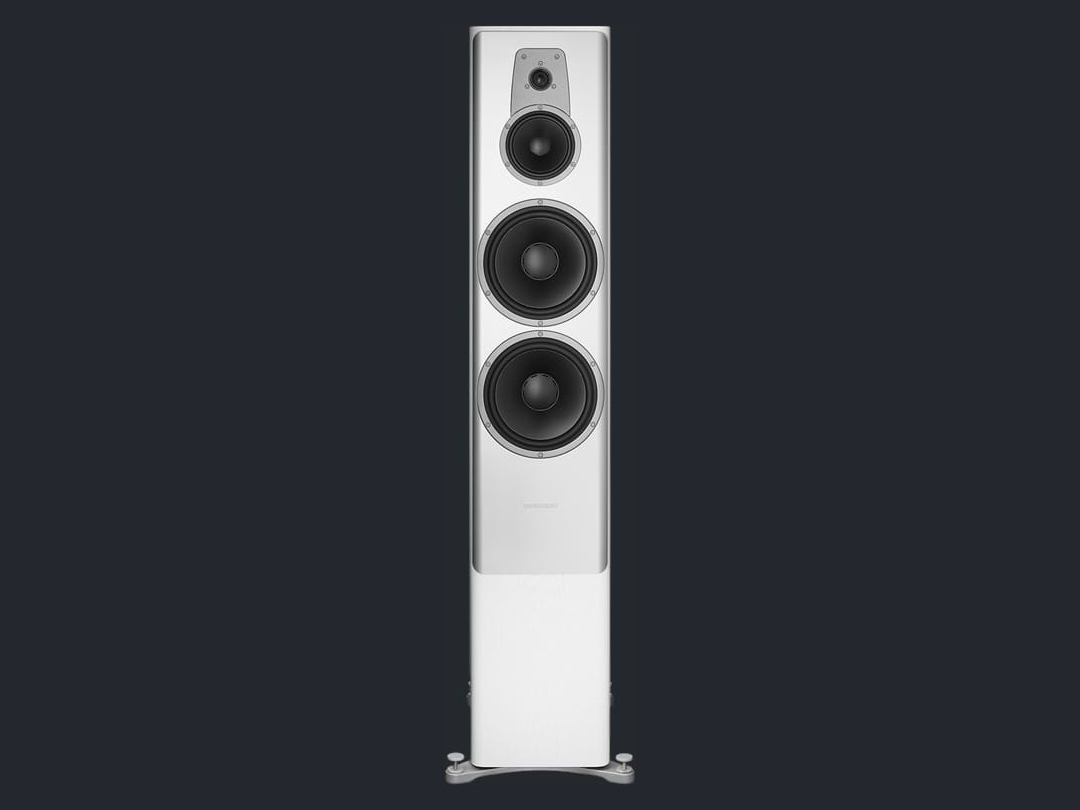 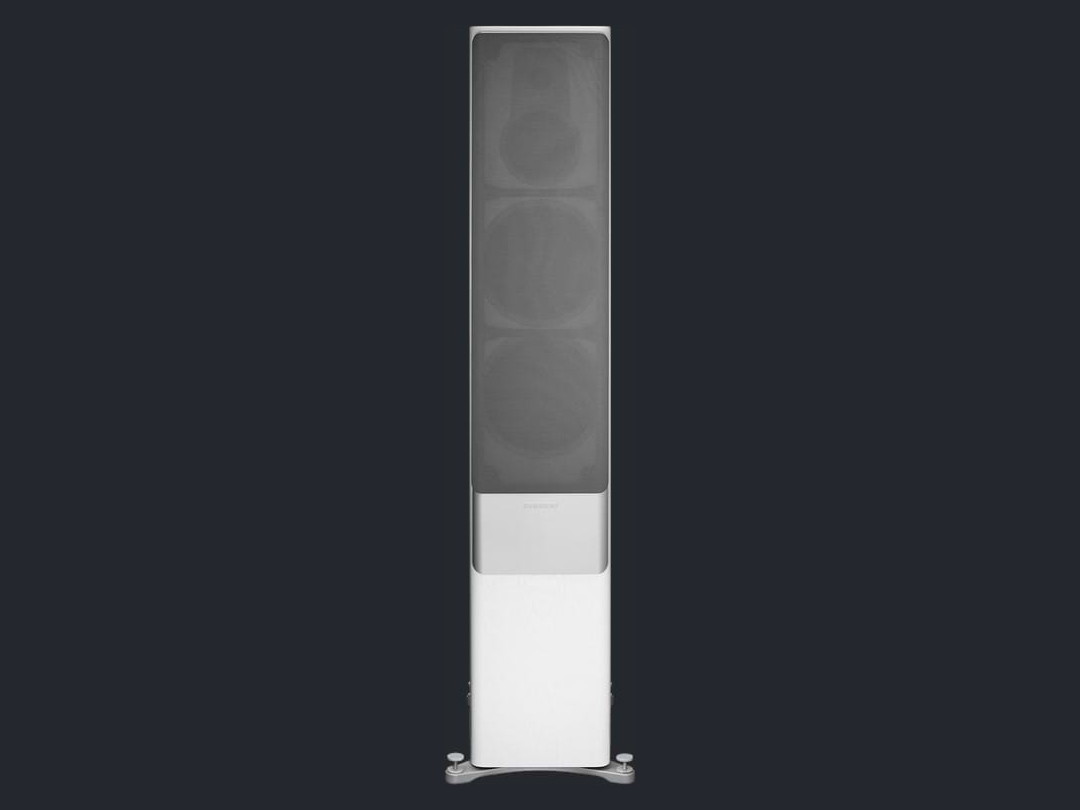 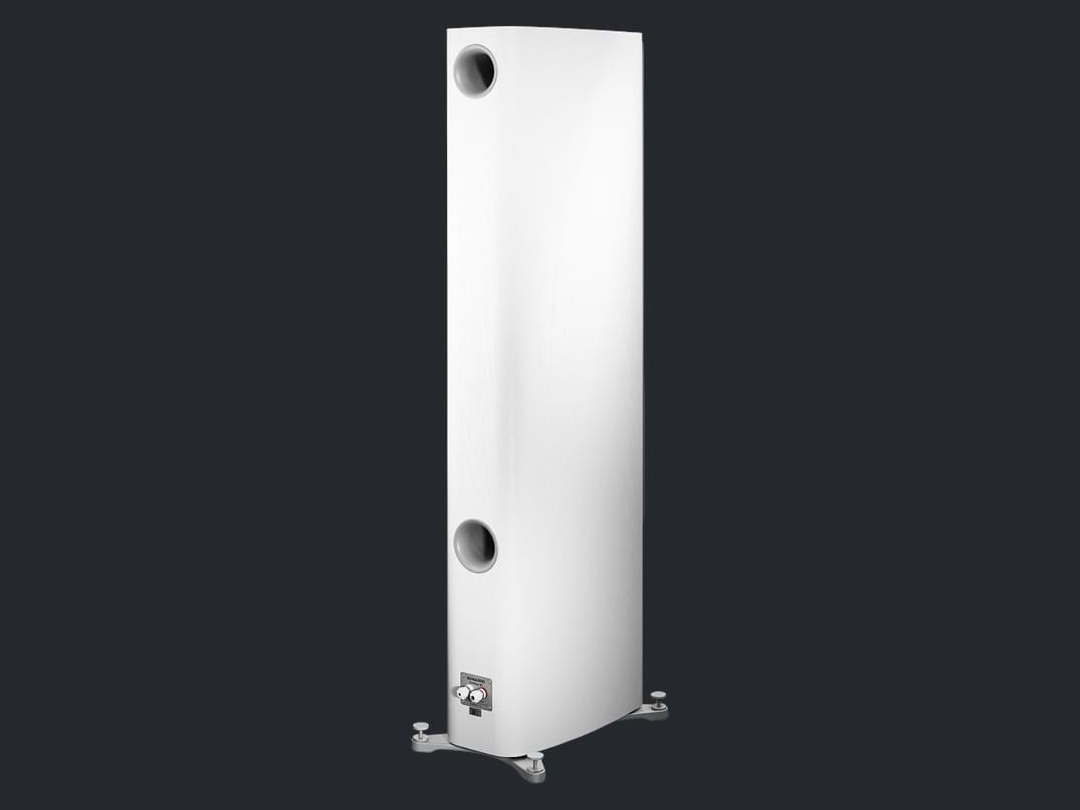 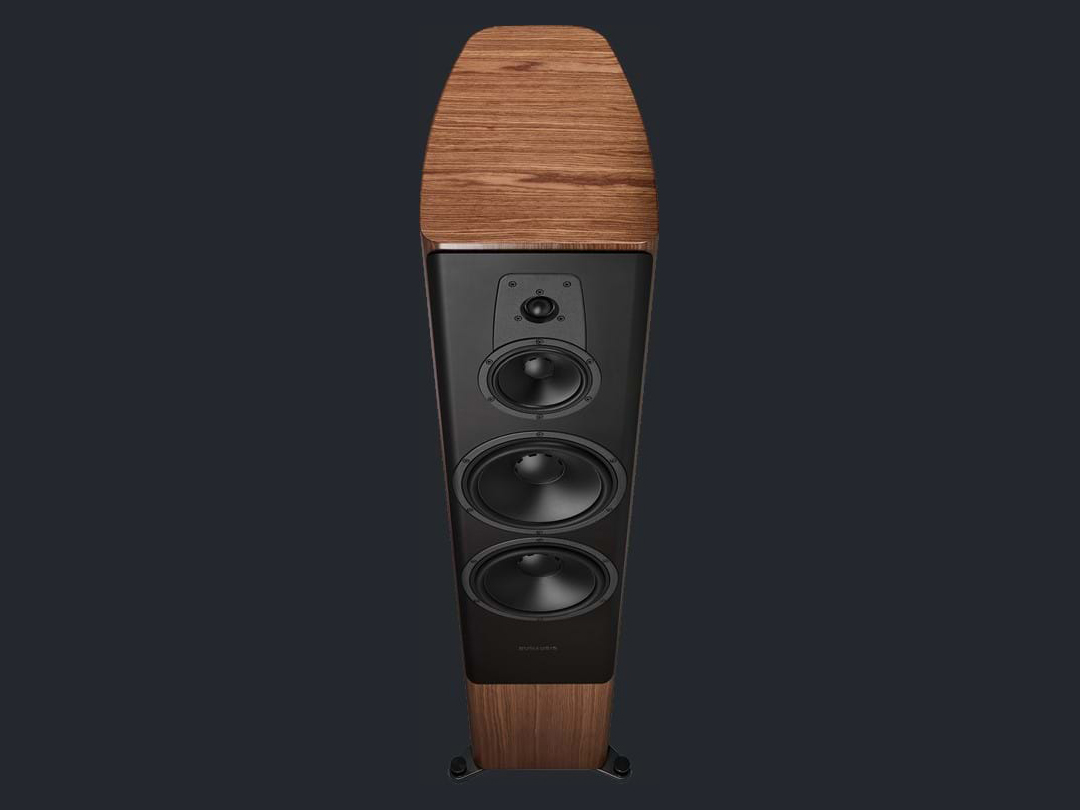 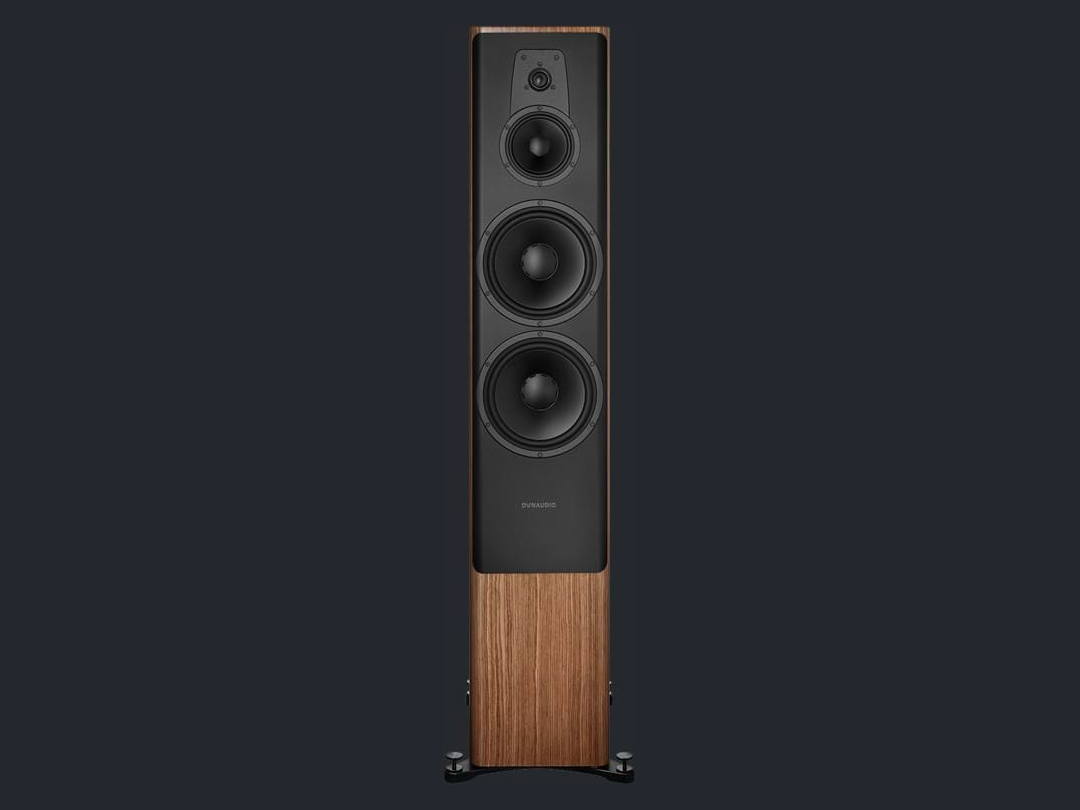 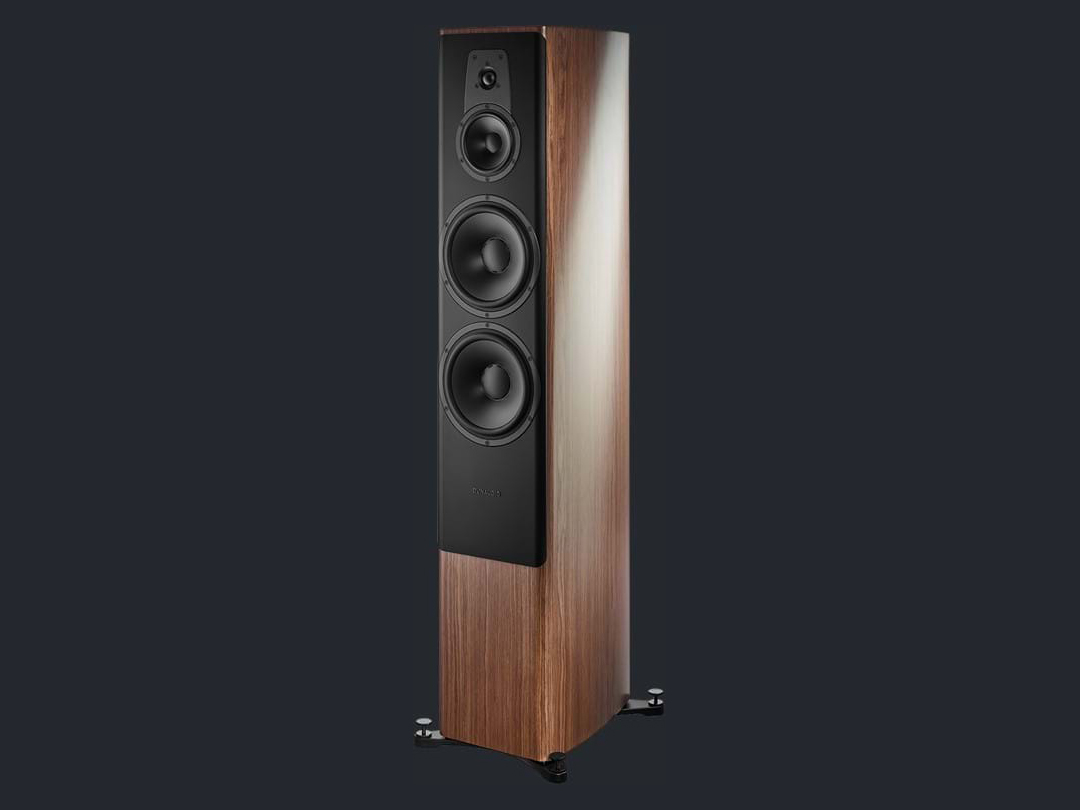 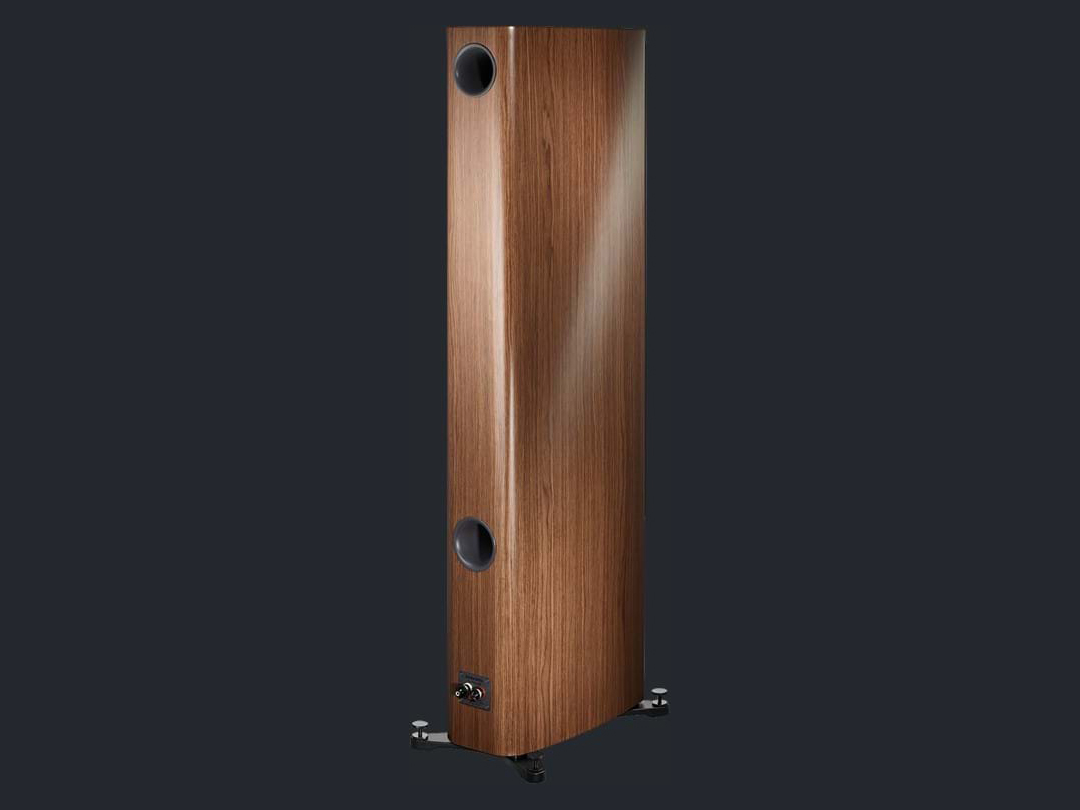 Newly developed one-piece extended-excursion woofers packed with new technology. You won’t find them on any other speaker. Anywhere.

Dynaudio has redesigned the entire crossover, including using ultra high-quality Mundorf capacitors and a brand-new wiring configuration for even better bass.

Brand-new elegant and sleek looking cabinet that provides a solid foundation for the drivers to do their job.

MDF cabinet with curved edges for a solid construction 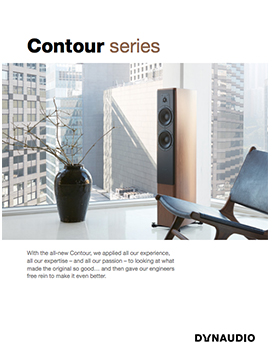 Dynaudio has had a ‘Contour’ range for almost its full four decades (2017 marked the company’s 40th anniversary); it is the company’s longest-running range and has been updated several times. But this is the first time the new version has been not an ‘update’ as such, but a complete re-design.

The Dynaudio Contour 60 is a floorstanding four-driver, three-way, bass-reflex design using dual 240mm bass drivers, dual bass-reflex ports, a dedicated 150mm midrange driver and a 28mm soft-dome tweeter. That’s to understate the drivers, however, since that tweeter is the famous Esotar2, with its doped fabric dome backed by a damping chamber and a neodymium magnet, while the other drivers are entirely new. Indeed in a fascinating move, Dynaudio’s own driver team bravely collaborated with two additional design teams, one comprised of budding acoustics engineers straight out of university, and the other of ‘grey-beard’ acoustical engineers with a lifetime of experience designing for other European loudspeaker manufacturers.

The result was a major change in the shape of the bass driver cones compared to previous Dynaudio models, and a reduction in the thickness of the company’s favoured magnesium silicate polymer (MSP) material used to make those cones, along the introduction of asymmetric spider pleating. The dustcaps are still attached using the same unique Dynaudio method.

Despite the external input, the Concept 60 continues Dynaudio’s well-deserved reputation for building speakers that sound true-to-life. They deliver the deep bass flawlessly, a perfectly flat and beautifully uncoloured midrange, while the semi-divine treble qualities of the Esotar2 tweeter will be known to many. The overall impression here is simply of balanced perfection, delivering a sense of realism to images across the soundstage that has you turning your head to the latest source of sound.